I was working on an open source project recently and came across a couple issues that contained [ZWSP] displayed in the test files. The [ZWSP] was only displayed in the IntelliJ IDE. Eclipse, Atom and vim showed no issues with the code. The [ZWSP] stands for zero-width space. It was breaking the test file and there were multiple issues in the github repository documenting it.

I found nine zero-width space characters in the unicode characters table and there may be more.

Zero-width characters are non-printing characters that are not displayed by most applications. They are Unicode characters, typically used to mark possible line breaks or join/separate characters in writing systems that use ligatures. They are not removed if the text is formatted, copied or pasted. It’s really hard to detect them without special tools. It most likely happened from copy and pasting code from the AssertJ API.

I used a tool called HexView to view the hexidecimal format of the file and inspect for it. 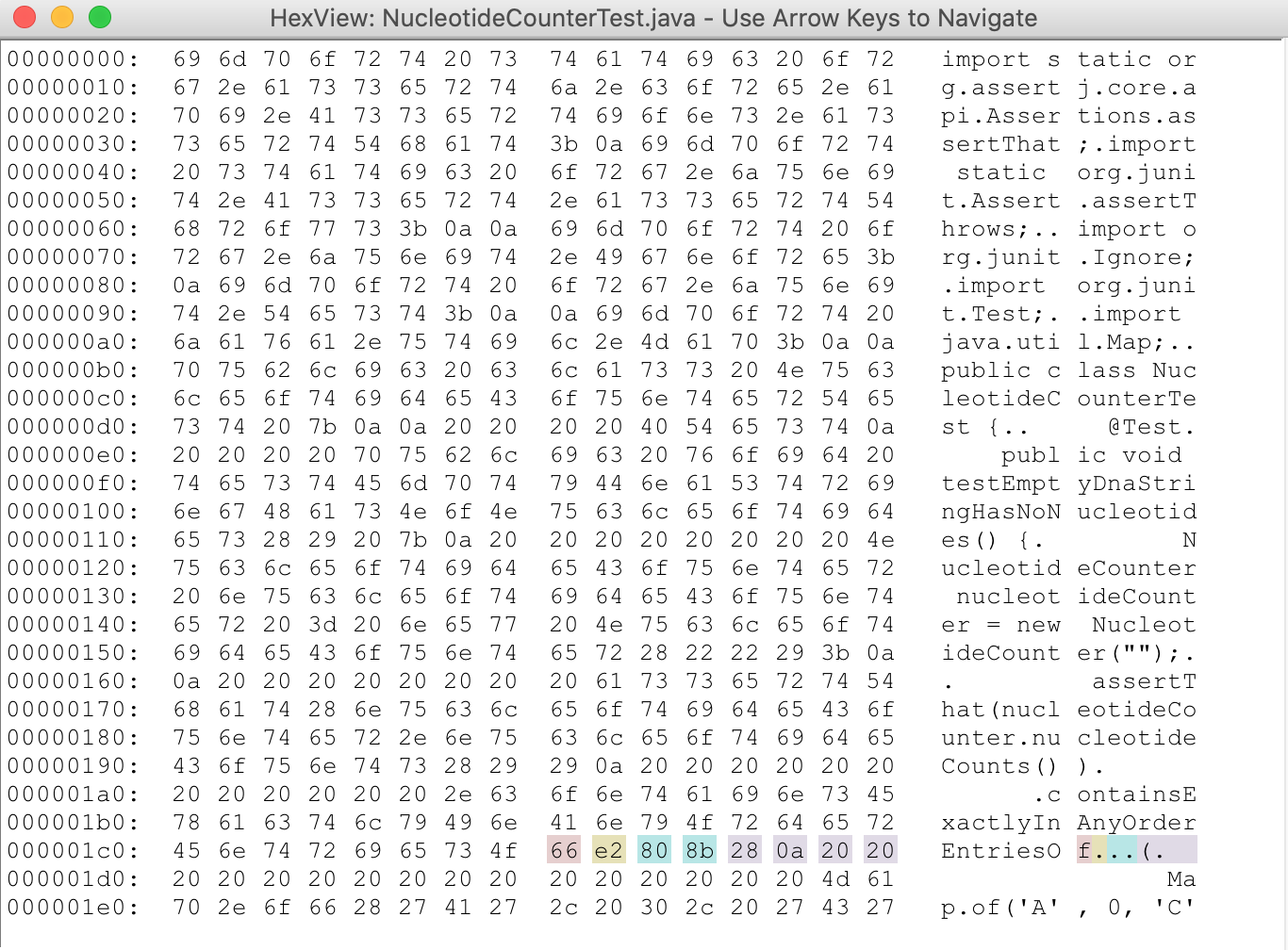 HexView allowed me to inspect the code using the column on the right. As you can see, it is not the IDE or editor, the value is in the actual code. I removed the hex value
e2 80 8b 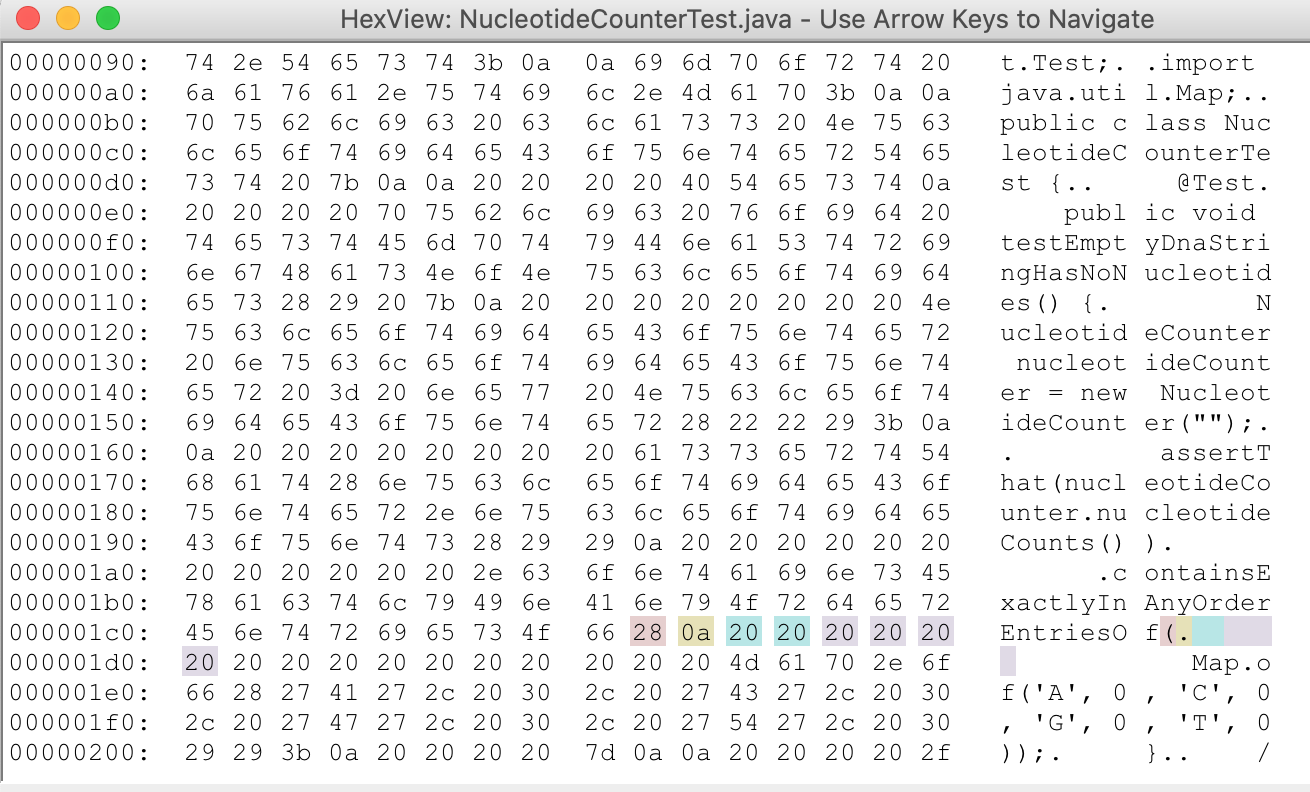 It was interesting to note that IntelliJ was the only IDE or editor to pick up the zwsp. Users that did not use IntelliJ experienced no issues.

The ability to use invisible characters with no width has serious security implications. Users could create usernames, email addresses and websites that look identical to a human, but different to computers. Luckily, zero-width spaces are prohibited in email addresses and domain names. See homograph attack for an example. Zero-width spaces can hide an encoded binary message in a piece of text. String -> byte -> bit -> 1 -> ZWSP and 0 -> ZWNJ. They can be added to sensitive documents, hidden in different places for each of the recipients, creating a unique finger print to identify the source.

This reminded me of hidden dots and values produced by printers. Surely, there is a tool to inspect for these. Insert DEDA, created from the researchers of Forensic Analysis and Anonymisation of Printed Documents. I’m not sure how valuable or effective it is but I will dig into it.